On June 10, 2007 approximately 1200 people gathered together at Lake Elmentaita, in the Great Rift Valley of Kenya to participate in a universal meditation that collectively drew upon the power of thought to bring about a positive shift in human consciousness – away from division, war, loss of humanistic values and environmental damage; towards unity, harmony, peace, social responsibility and environmental care. The meditation was led by Dr. Amyn Dahya

One may ask why we use meditation to achieve this objective. The process of meditation involves bringing together positive thought energy in the form of a collective focus that helps create a positive consciousness. This consciousness has a life of its own that spreads through creation – nurturing, inspiring and healing all that comes in its way.

THE STORY
Discovering the Healing Springs in the Great Rift Valley
A Miraculous Journey narrated by Dr. Amyn Dahya
On June 23, 2005, we set out on a journey to the Rift Valley in search of a place whose image was deeply embedded in my mind, through inspiration. I could visualise a natural conical pyramid in the midst of a forest, at the foot of which lay a beautiful, crystal clear, natural spring.

We left Kisumu, the port town on Lake Victoria at 11.00 am, en route to Nairobi, unaware of the resistances we were about to face. After driving for approximately eighty kilometres on the paved highway, we heard a loud bang. Both our front tyres had burst simultaneously. How could we proceed further? A group of people quickly gathered around our vehicle to assist us. Two members of our entourage were given a ride by a passer-by to the town of Kericho, which was the nearest place where the two damaged tyres could be repaired. The rest of us waited on the roadside, in the company of our new-found Kenyan friends.

Four hours later, our companions returned with the repaired tyres and we continued with our journey. Then, disaster struck again! Just as we were entering the Rift Valley, we heard another loud bang. One more tyre had burst. A few moments later, another group of people appeared to help. This time, as we tried to install the spare wheel, we discovered that we needed special bolts to secure the spare wheel – we were driving in a unique, specially equipped, Mercedes Benz executive van, of which there were only a handful in Kenya. We searched throughout the vehicle but could not find the required bolts. How could we proceed from here? We were stuck again. Just then, a man appeared from the crowd and told us that only a week ago, he had found a set of five bolts lying along the roadside, which he picked up thinking that, “someone was going to need them someday”. He ran to his hut and came back with the bolts – they fitted perfectly! What are the statistical odds of something like this happening in such a remote place, with such a rare type of vehicle? I instinctively knew that we were safe, guided and protected. Each obstacle drew with it special people, who appeared before us to clear our path. We were going to discover this blessed place, I was sure. As I watched the sun set, I thought to myself, “The forces of resistance have prevailed in delaying us today, but the next round will be ours to win”! We continued on to Nairobi for the night.

On June 25, 2005, we set out again from Nairobi towards the Rift Valley. As I watched the sun rise, I knew with certainty that this was going to be our day. Two hours later, as we approached Lake Elementaita in the Rift Valley, I looked to my right and in the distance I could see the natural pyramid, tucked away subtly between the mountains.

I asked the driver, my friend Mr. Mwalimu, to turn off the main road and follow a little mud track in the direction of the pyramid. After a few hundred metres, we reached a point where we could not drive any further. We decided to walk. Mr. Mwalimu was astounded. He asked, “How do you know that there is a spring out there in the bush? Aren’t you looking for a needle in a haystack?” His question was perfectly reasonable. The Great Rift Valley covers thousands of square kilometres and what we were attempting to do certainly defied logic. I smiled to myself, asked Mwalimu to wait with the car, and started walking towards the forest with a group of seven people. I could feel the natural spring in my being. I knew it, just as well as I knew my heartbeat.
After walking through rough terrain for an hour, we reached a dense cluster of trees, in the heart of which lay a beautiful spring of crystal clear water, gushing from the earth with incredible grace. It was just as I had imagined! We had found the needle in the haystack. The water was warm and I could feel its special healing powers. We called it the “Healing Springs”. We were joined, by several local people and an hour later, after having savoured this blessed spring, we sat in meditation, seeking peace and harmony in this world, whilst acknowledging the blessing of water – the fluid that binds us all together in unity. 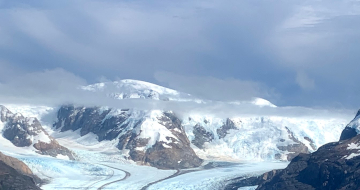 2019 GLOBAL THOUGHTWAVE FOR CLIMATE & ENVIRONMENTAL PRESERVATION “I think, therefore I am…” is a statement of Consciousness. “We think therefore we are”…defines an all-powerful Mass Consciousness, which has historically shaped the direction of human Read more… 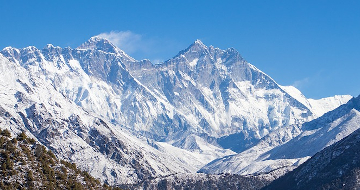 SHIFT NEPAL 2011 The meditation was performed at the top of the Everest, at a location within a day’s walk of Base Camp. The purpose of this thought wave was to bring about peace and Read more… 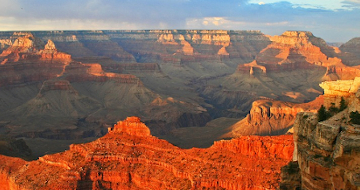